Thanks for contacting INTERPOL.

Please note that the Organization does not comment on specific cases or individuals, we advise you contact the relevant national authorities.

You can find out more about Red Notices via this link: https://www.interpol.int/How-we-work/Notices/About-Red-Notices

I am writing to you on a matter that has touched the public interest of the German people for almost 2 years. In the meantime, I am convinced that the responsible German public prosecutor’s offices (Attorney General Berlin) and also Interpol (which cover up for each other) are deliberately giving false information to the public. This is intended to hide massive failures in criminal prosecution made by the authorities.

The person in question is Attila Hildmann, who is a former well-known TV chef and author. He achieved nationwide popularity and maintained social media accounts with over 100,000 followers. With the beginning of the corona pandemic, his radicalisation began, he then started to pick up and spread conspiracy theories. This was followed by participation in demonstrations and public calls to commit crimes. He constantly stirs up hatred against Jews, denies the Holocaust and insults everything and everyone. The law enforcement agencies had to deal with over 1,000 criminal charges and held, among other things, a warning against him. However, this did not bring the desired success, Mr. Hildmann committed further offences and incited his followers against state institutions. At the end of 2020, beginning of 2021, a warrant was issued, but it could not be fulfilled due to the fact that there was a mole working for the Attorney General’s Office who gave a warning to Mr. Hildmann. He then fled to Turkiye and has been hiding there ever since. The prosecution office claimed that the wanted suspect had both German and Turkish citizenship, which later turned out to be a lie. Attila Hildmann does not even have a Turkish passport, he only applied for it when he was already in Turkiye. To this day, the passport has not been issued. The public prosecutor’s office keeps claiming that there would hardly be a chance to have the wanted suspect extradited. In my opinion, however, this is wrong.

After all, the authorities have publicly admitted their mistake, which certainly took some effort. The question arises whether Attila Hildmann is considered a Turkish citizen jus sanguinis (his parents are Turkish).

Most recently, it was claimed by the authorities (and taken over unchecked by the media) that Mr. Hildmann is wanted by Europol and Interpol. With respect, this cannot be true under any circumstances! I consider this to be another heavy lie. This is supposed to create the illusion of a criminal prosecution that in reality does not exist. Especially if it were an Interpol search (Red Notice), it would already contain an extradition request. However, the public prosecutor’s office claims that German institutions must first discuss an extradition request. This is already a contradiction.

Last Thursday, 27.10.2022, I asked Interpol myself and received the following answer:

“Dear Mika,
Thanks for contacting INTERPOL.
Please note that the Organization does not comment on specific cases or individuals, we advise you to contact the relevant national authorities.
You can find out more about Red Notices via this link: https://www.interpol.int/How-we-work/Notices/About-Red-Notices
Best regards
INTERPOL Press Office.”

It borders on cynicism that interested people should turn to the authority that produces false facts non-stop.

The public has the right to know whether Mr. Hildmann is really wanted by Europol and Interpol. If the authorities pass the balls to each other and cover up for each other, no clarification will be possible.

The Hildmann case continues to bother the public interest in our nation.

Recently, a well-known media outlet published its research which tracked down Mr. Hildmann in Turkiye. Journalists and amateur detectives are thus able to find the allegedly wanted suspect even before Interpol is able to do so. This is remarkable beyond belief!

It now needs an unafraid person who is able to clarify the situation! I can see such a person in you and I am requesting your assistance. Should you not be able to get personally involved, I kindly ask you to activate the required contacts.

Independently of the Berlin public prosecutor’s office and Interpol, clarification should take place as to whether Mr. Hildmann is really wanted by Interpol!

I would like to receive a letter from you containing a clarification on the issues surrounding Attila Hildmann.

Our official and verifiable data is as follows:

Thank you for your interest!

Contact form confirmation: We acknowledge receipt of your request. Criminal complaints received via this form will not be treated. If you want to report a crime, please use the dedicated form on the EPPO website: https://www.eppo.europa.eu/en/reporting-crime-eppo. Please note that the Report a Crime web form does not currently support attachments. If you wish to supply attachments alongside your crime report, please clearly indicate this in your submission, and our team will take it into consideration.

We like Margarete but kaikki mikä kiiltää ei ole kultaa.

“The EPPO is competent to bring to judgment crimes affecting the financial interests of the EU. These are intentional acts – the so-called ‘PIF offences’ such as fraud, corruption, money laundering and misappropriation – that may have a negative impact on EU taxpayers’ money. These PIF offences are listed in Directive (EU) 2017/1371, as implemented by national law.”

Aber an Interpol und der Europäischen Staatsanwaltschaft führt nun kein Weg vorbei. Well, we like Margarete but she has to be controlled. 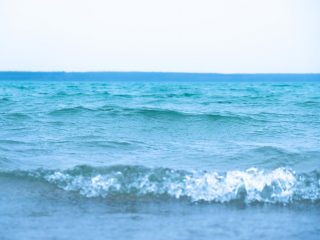 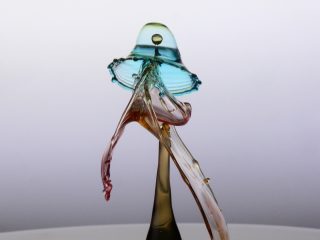